“We were informed there was one adult dog and puppy inside, but when we got there we didn’t anticipate finding that many,” Sumpter said.

Sumpter said the dogs, three adult dogs and two puppies, seemed to be fed but were chained and forced to move in their own feces. 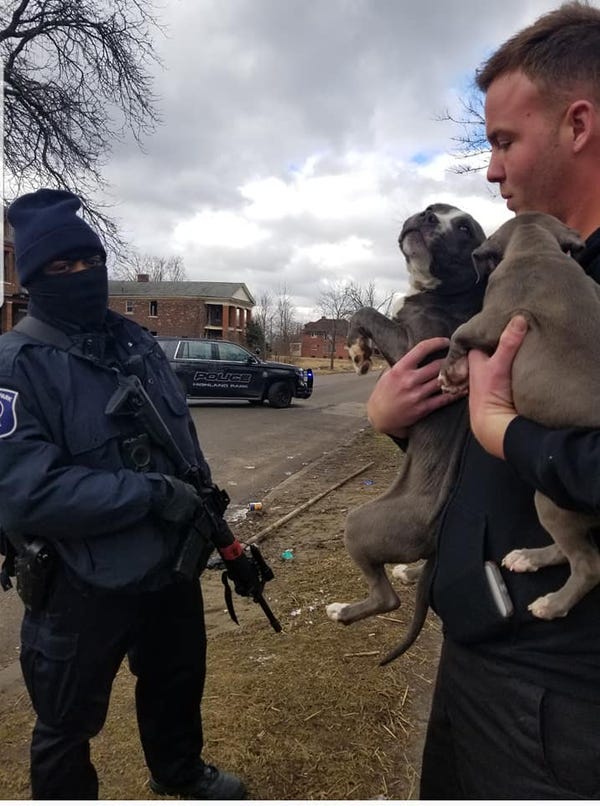 “We see this all the time,” she said. “Especially in Detroit, which has an anti-tethering law. Not many people are aware that it’s illegal to tether your dog, but that doesn’t apply to Highland Park.

He was in his right to have the dogs chained up, but then again, Highland Park also has a
ban on pit bulls.”

Sumpter said the suspect signed over all the dogs to the Pit Crew. The dogs received medical care at a veterinary hospital. Three have found foster homes.