William Myer was shocked when he looked at his security camera video and saw a woman and her kids dropping a puppy in his son's front yard. 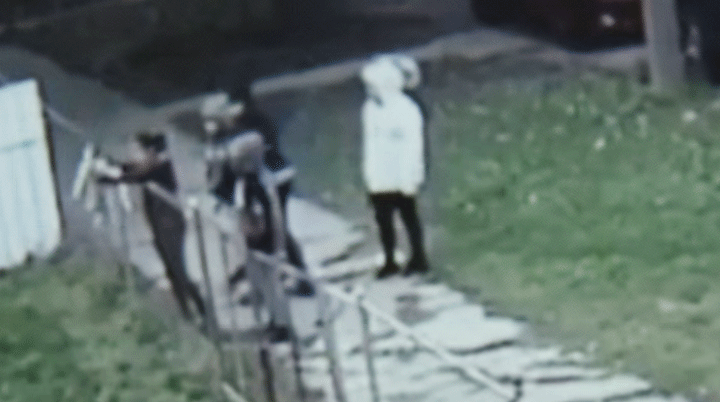 “I was like I couldn’t believe it,” he said.

It happened on Crawford Street in southwest Detroit on Friday morning.

“That little puppy was out here cold and shivering so we took it in,” said Lisa Myers who discovered it. “We put him on a blanket around it and fed him”

And they contacted Detroit Pit Crew who came and picked up the puppy, took her to the vet and named her Autumn.

“It makes me think what are you teaching your kids? That it is okay to dump a dog on your neighbor or in somebody else’s yard where the puppy or the dog doesn’t belong,” Sumpter said.

The woman lives down the street. She doesn’t speak much English, saying “I’m sorry.”

But through her friend she told us the puppy had gotten in her yard and she was worried her own dogs would hurt it so she figured her neighbor’s front yard would be a safe place for the puppy, even though he has dogs too.

“That’s her mistake, she understands but she didn’t know what else to do, she had to go,” said Elida Munoz, a friend of the woman.

The woman’s friend says a stray dog got in her yard before and she couldn’t get anyone to come pick it up. On this day she had to get back to work so she just dropped the puppy in the neighbor’s yard.

“You just don’t put a dog on the street like that, especially a puppy,” said William Myer, the homeowner. “So many things could have happened.”

So what happens to Autumn now?