Skip to content
"People were just literally just throwing bricks off of her. I saw people picking up a microwave and getting it off of her. There was shingles. There was anything that would come off a house, siding, all of that was on top of her. At a certain point, they found a chain and they started pulling the chain and it led to her."

DETROIT (WXYZ) – “I heard it out here crying,” said Chapalar Griggs who found an injured dog inside a trash can just outside the front door of her Bishop Street home on Detroit’s east side. Griggs says she hadn’t seen the dog before spotting him in the trash around 4:00 am on Sunday. Griggs doesn’t have a phone so she borrowed a neighbor’s to call a local shelter, but they were closed on Sunday. Monday morning came and the dog was still in the trash. So, Griggs borrowed her neighbor’s phone again and made some more calls. “I didn’t want it to die,” said Griggs who also told 7 Action News that she was scared to go near the dog. Word of the injured dog got to the Detroit Pit Crew Dog Rescue and they rushed out to find the dog, that appears to be a pit bull mix, bloodied and still lying in the large trash container, on top of a mound of garbage.

Last month, Chapalar Griggs opened her home’s door and heard a dog crying. The cries were coming from inside a garbage can. The woman immediately called a local rescue group to get the dog to safety. 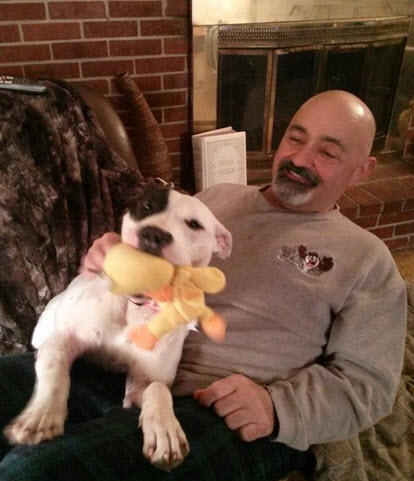 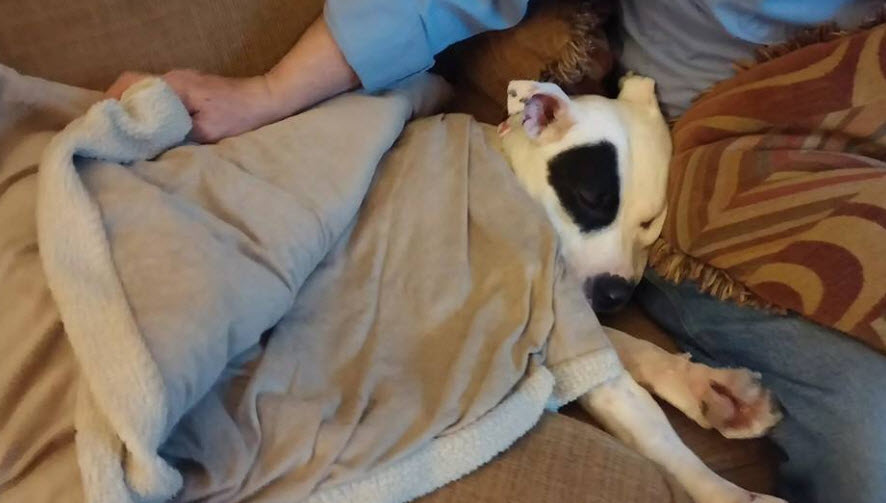 “I heard it out here crying, and I told my husband, ‘Look out the door,’ and he said it was a dog in the garbage,” Chapalar Griggs told WXYZ.

Because the Griggs were afraid the dog could be dangerous and they have small children at home, the family did not bring the dog into their home. Instead, they contacted a rescue group but the shelter was closed at the time and no one came to pull the dog from the garbage.

Twenty-four hours later and afraid the injured dog wouldn’t survive much longer inside the trash bin exposed to the cold elements, Griggs called the shelter again. This time, the facility was open for business. The Detroit Pit Crew Dog Rescue heard about the dog in need and they set out to rescue the dog.

The trash can pet was a female Pit bull the organization named Precious. She presented multiple bite wounds and required 15 stitches. Rescuers believed the abused dog was about nine-months-old.

An online fundraiser was started to help Precious and within days, the organization raised more than $6,000.

Detroit Pit Crew Dog Rescue moved Precious into a foster home while she healed from her injuries and evaluated the pet for adoption. Precious showed no signs of aggression and just wanted to be loved, the organization received multiple adoption applications and yesterday Precious’s adoption was made official.

“Precious has hit the doggie lotto!” posted Detroit Pit Crew Dog Rescue on their Facebook wall. “This girl went from being found in a trash can to a loving home! This is the best part of rescue!”